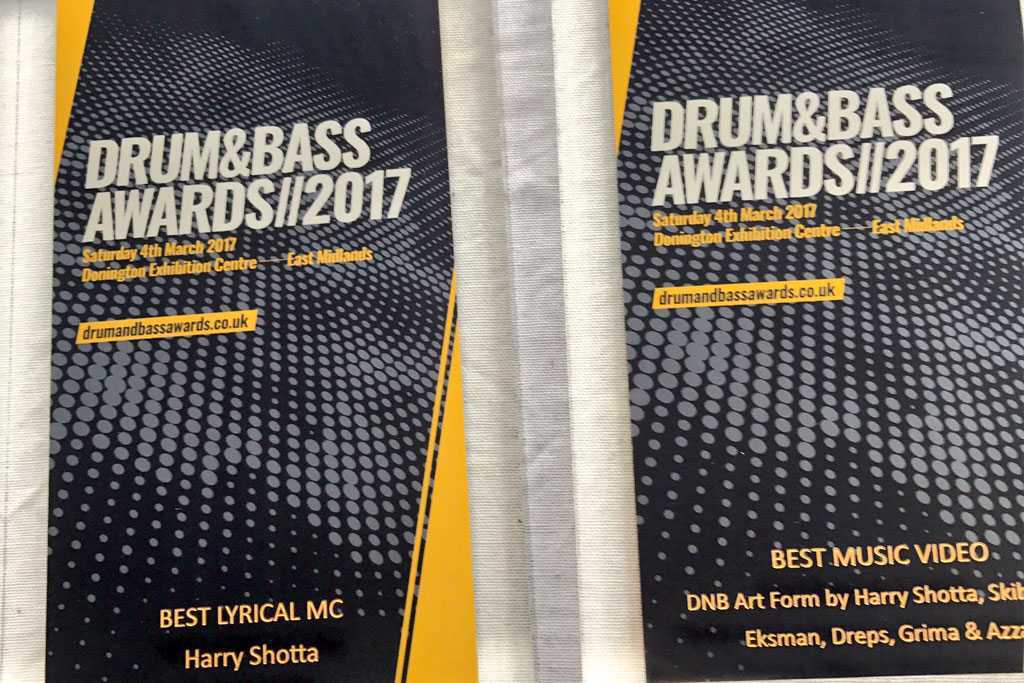 Harry recently picked up the coveted award for Best Lyrical MC at the National Drum N Bass Awards. This was the second year in a row he took the title. He also scooped an award for the Best Music Video for DNB Art Form which also features Eksman, Skibadee, Dreps, Grima & Azza. Since coming into the Drum N Bass scene Harry has ten awards to his name.